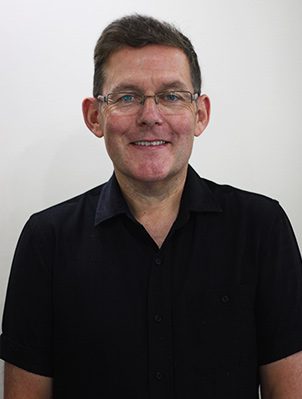 Steve is the salon owner and opened the salon in November 1983, having worked in salons in some of the UK’s major cities, completed a spell of time overseas and working on ocean cruise liners. Steve firmly believes the present success of the salon is a reflection of a loyal and talented team who all are striving for plus one service.

Steve believes in leading by example and is fastidious about upholding all minimum standards himself and would happily undertake any task that he would expect another member of staff to undertake. He strives to keep salon standards to their highest possible always being aware of cleanliness of the salon and the standards of hairdressing being produced. He is committed to the motivation, development and wellbeing of his team and the satisfaction or, hopefully, delight of the salon clientele.

Steve splits his time between running the salon and hairdressing

Back to The Team
Book an Appointment